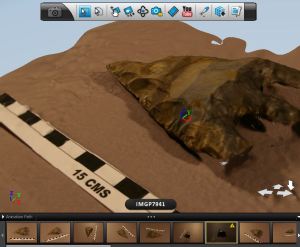 If you are an archaeologist you should be using Photogrammetry because: